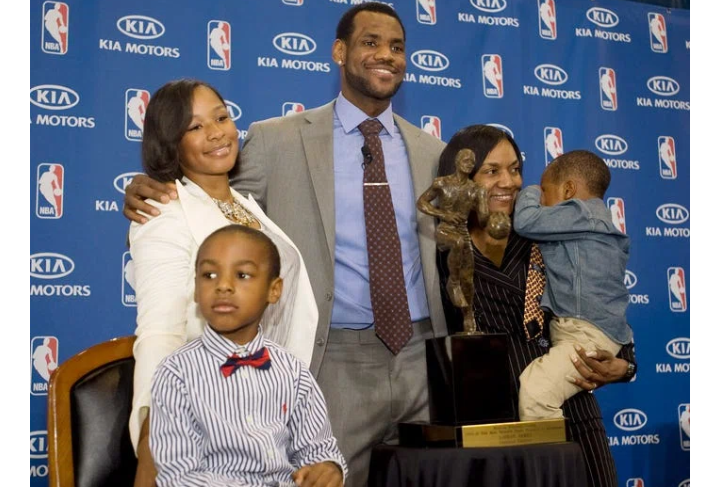 In 2013, LeBron James married his longtime girlfriend Savannah Brinson. Their lavish wedding included a performance of “Crazy in Love” from Beyonce and Jay-Z, according to Deadspin. The three days of festivities also featured plenty of celebrity cameos, from family friend and fellow NBA star Dwayne Wade to singer Neyo, wrote The Hollywood Reporter.

The couple started off as high school sweethearts, who grabbed dinner at Outback Steakhouse on their first date and stuck together through James’ meteoric rise through the NBA.

Today, they have three children and two sprawling mansions: a $21 million mansion in Los Angeles, and a $9.2 million one in Akron, Ohio. The three-time NBA champion is worth $275 million as of 2016 and is one of the highest-paid athletes in the world, according to Forbes.

Here’s a look inside their 16-year-relationship:

James and Savannah both grew up in Akron, Ohio and attended rival high schools. He was a sports prodigy, excelling at basketball and football. She was a cheerleader and softball player.

They met at a football game. She told Harper’s Bazaar she wasn’t aware of his athletic prowess when she accepted his invitation to a basketball game: “I had no idea who he was.”

Later, Savannah joked to Vogue, “He met me! I didn’t meet him!”

For their first date, the high schoolers went to Outback Steakhouse. Savannah forgot her leftovers in his car afterwards, and James returned them to her. “I think he just wanted another excuse to come and see me,” she told Harper’s Bazaar.

Savannah also told Harper’s Bazaar she never imagined her high school sweetheart — “the tallest date in school” — would become the king of the NBA. “I just thought he’d be a hometown hero for his era and it would be over.”

The couple stuck together. It was unclear whether James would make her senior prom due to his budding career, but he came through. “I guess you could say he was a pretty good date,” Savannah said in a speech at YWCA’s Circle 2017. “After all, we’re still going on more dates, three kids, and 15 years later.”

Chances are you enjoy a Golden State Warriors game when Stephen’s kids are in the audience.