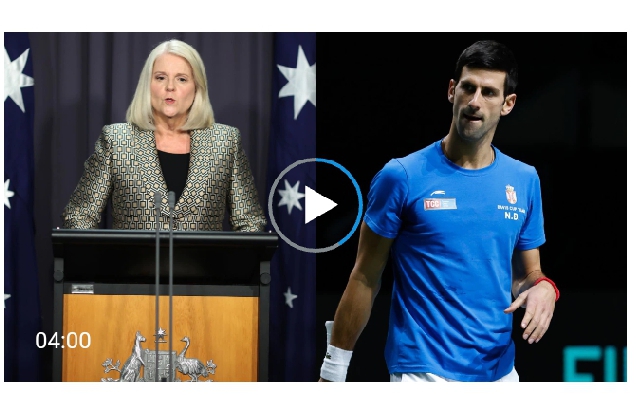 Novak Australian Scandal, detention to how he got Medical Exemption documents and what his lawyer set to present in court

Djokovic, whose visa was cancelled by the federal government because he purportedly didn’t meet requirements to enter the country without being vaccinated against COVID-19, will have his appeal heard Monday in a Melbourne court in a last-ditch effort to play in the Australian Open.

In that appeal, Djokovic will argue that he received a letter of clearance from the Department of Home Affairs on Jan. 1 allowing him to travel to Australia without quarantine “where permitted by the jurisdiction of (his) arrival.”

Combined with the certificate Djokovic received from the state of Victoria and Tennis Australia on Dec. 30, granting him an exemption from the vaccination requirements, Djokovic “understood that he was entitled to enter Australia and Victoria and to compete in the Australian Tennis Open,” according to the documents.

Since the decision to deny Djokovic entry at the border earlier in the week, the federal government, the state government and Tennis Australia have been pointing fingers at each other about how the world’s No. 1-ranked tennis player ended in the middle of a political morass.

Meanwhile, Djokovic’s claim that he tested positive for COVID-19 on Dec. 16 as grounds for the exemption could face scrutiny on two fronts. According to reports from The Age in Melbourne and the Sydney Morning Herald, a document from the tournament stated that the application for exemption was due on Dec. 10, at which point Djokovic hadn’t yet tested positive.

Novak Australian Scandal, detention to how he got Medical Exemption documents and what his lawyer set to present in court

Also, there are multiple social media and press accounts of Djokovic making public appearances on and around Dec. 16, including a photo he posted on social media of attending a Dec. 17 ceremony in which he was honored by Serbian government officials with a commemorative postage stamp. He was also photographed at a basketball game on Dec. 14.

It’s unclear from the documents exactly whether Djokovic’s positive test was merely received on Dec. 16 or whether that’s the date the sample was taken.

Either way, his lawyers will state that Djokovic did not receive due process at the border and that the interrogation that led to his visa being canceled was rife with procedural errors and contradictory information about access to legal representation.

Djokovic’s attorneys argue in the documents there’s a “complete disproportion between the serious consequences of cancellation … compared with the miniscule or non-existent risk to health he posed if permitted to Australia.”

Djokovic could face up to a three-year ban from entering Australia if his visa is canceled and he’s forced to leave the country.