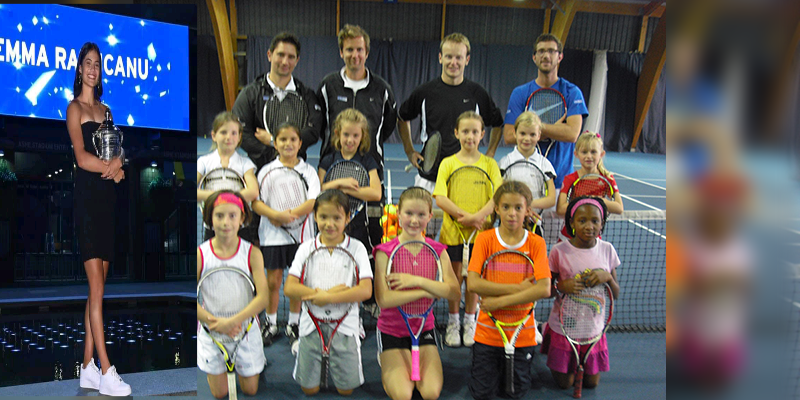 Emma Raducanu’s New York miracle represents a transformational moment for tennis in Britain. Or, at least, it should do – as long as the Lawn Tennis Association manages to harness her extraordinary marketability.

However, there is a beginning to every journey in life.

No grand-slam nation has come up with a surefire method for success, although the Czech women and Italian men offer a glimpse of what can be achieved. In Britain’s case, meanwhile, Raducanu’s New York miracle has provided posthumous vindication for “Talent ID” – a controversial development pathway established by Draper soon after his appointment in 2006.

Clipboard-wielding coaches tested children as young as eight on various physical and technical metrics, before forwarding the highest-scoring kids into a system of competition based around colored balls. They started on red squishy things the size of a small grapefruit and then worked their way through orange and green before reaching the standard yellow.

Talent ID was bold and innovative. Other governing bodies around the world sent scouts over to see what the LTA were doing. At the same time, though, it created massive ill-feeling within the British junior game. Junior tennis is always characterised by a fair amount of jealousy and dissatisfaction, such are the often unrealistic expectations that tennis parents have of their children, but this was now compounded by the extra sin of novelty.

Making predictions at the age of eight is a challenging business. One common objection was that the chosen ones. – who received so-called matrix funding based on their ranking and results. – were often natural athletes who lacked competitive fire, and thus consistently lost junior matches to more dogged and driven characters.

But Talent ID could have been made for Raducanu. She was monstrously good at every aspect of it. Mark Hayden, who now works as the LTA’s National Pathway. Coach for the South East, remembers her performing a fan drill, which requires the child to pick up balls laid out in a pattern around her as quickly as possible.

“Her balance, her change of direction, her foot-speed – it was on a different level,” said Hayden. “Let’s say that the other kids were doing it in 18 seconds. She would take 16 and a half.”

One coach who worked at Bromley Tennis Centre remembers. Raducanu chewing opponents up with the green ball at the age of eight or nine.

“The green ball is a bit weird because you move up to a full-sized court after orange mini-tennis on a half-court. It plays very dead, like an ordinary ball that has had the stuffing knocked out of it. And that can favor people who play horrible, hacky tennis. Not in Emma’s case, though. She was outstanding because she covered the big court so well. Which most of the young kids couldn’t do.

I was watching her at the US Open thinking. ‘She is such a good front-runner,’ and then I realized that that is what she is used to doing. She has been slaying people from an early age.”