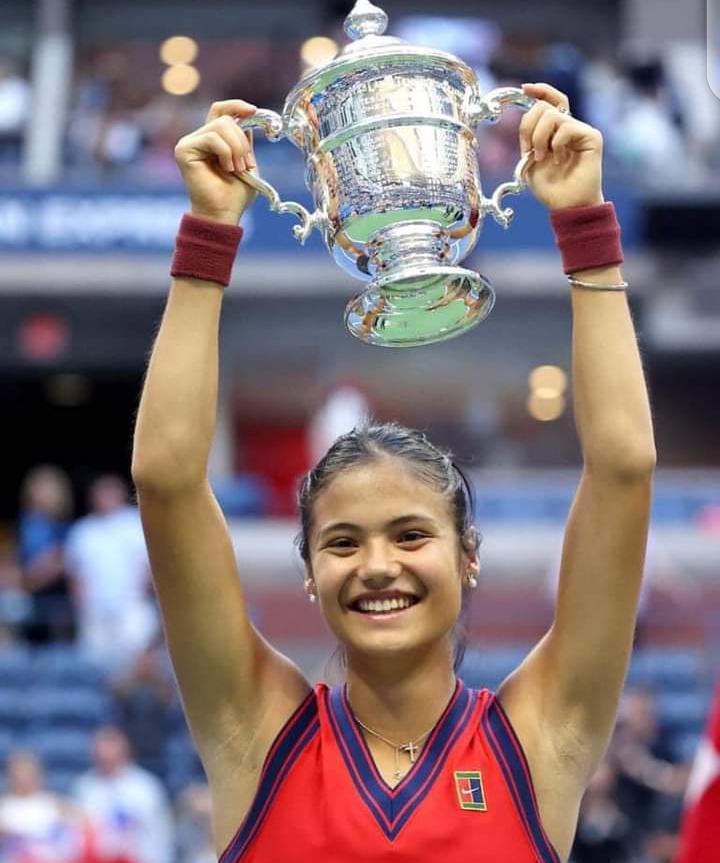 Raducanu pocketed $2.5 million for winning the U S Open

Raducanu is Great Britain’s first female major champion in more than 40 years, and she has potential global appeal, as she holds Canadian citizenship, speaks Mandarin and has parents from Romania and China. She already has an apparel contract with Nike and a racquet contract with Wilson, and she can be sure that more brands will be calling.

The 2021 U.S. Open women’s draw routinely showcased the sport’s biggest stars, as 12 matches were played between Top 20 players, the most in a major since 2012. In the end, though, it was the sport’s next star, unseeded 18-year-old Emma Raducanu, who stole the spotlight from all of them.

Raducanu became the first qualifier to ever make a Grand Slam final, much less win the trophy. She did so without losing a set, gaining more than 1.24 million Instagram followers in the process.

Raducanu pocketed $2.5 million for winning the U S Open

Raducanu came to New York City with roughly 400,000 followers on the platform, helped by her breakthrough performance at Wimbledon earlier this year when she advanced to the fourth round before retiring due to breathing difficulty. She more than quadrupled her total in just 14 days, amassing more new followers than all players who made the fourth round of the men’s and women’s draws combined.

The best way to accumulate followers at the U.S. Open is to win, and Raducanu proved just that. She dwarfed runner-up Leylah Fernandez’s impressive gain of roughly a quarter million, who in turn more than doubled the next-highest player. Despite entering the tournament with just 16,000 followers, the 19-year-old Fernandez now has 273,000, not far from the counts of the top two ranked players in the world, Aryna Sabalenka (289,000) and Ashleigh Barty (371,000).

Last year, Osaka was the highest-grossing female athlete in the world by earning $50 million in endorsements, more than all active athletes other than Roger Federer, Tiger Woods and LeBron James. Raducanu will hope to achieve similar, sustained success on the court as Osaka, who has racked up four major titles in the past four years, in order to match her financial success off the court.

Raducanu pocketed $2.5 million for winning the U.S. Open, increasing her career prize money winnings nearly tenfold. Even though she has yet to win a WTA match outside of Grand Slams, one talent manager suggested that she could earn $100 million next year from sponsorships.