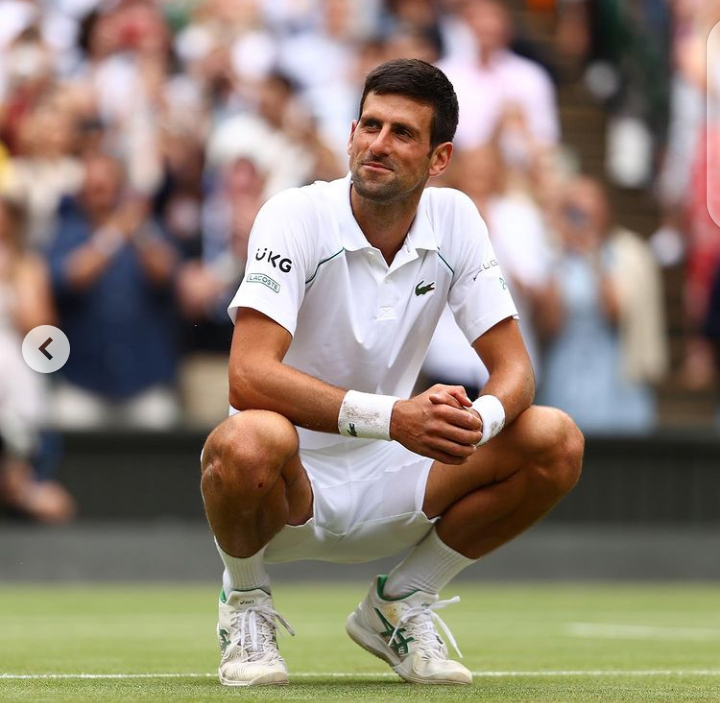 Novak Djokovic moved within four matches of completing the first men’s singles calendar-year Grand Slam in 52 years on Saturday, rallying to beat Japan’s Kei Nishikori at the US Open.

“I was very pleased with the focus,” Djokovic said. “Maybe at some points I wasn’t my best but I was determined and focused and that made the difference.”

The 34-year-old Serbian star advanced to a fourth-round matchup Monday against either 99th-ranked US wildcard Jenson Brooksby or Russian 21st seed Aslan Karatsev.

With a fourth career US Open trophy, Djokovic would complete the first men’s singles sweep of major titles in the same year since Rod Laver in 1969.

Djokovic also chases history in quest of his 21st career Grand Slam title, which would break the deadlock for the men’s record he shares with Rafael Nadal and Roger Federer, both absent with injuries.

Djokovic, who briefly held all four Slam crowns at once after the 2016 French Open, also beat Nishikori in the Tokyo Olympic quarter-finals. Nishikori has not beaten Djokovic in seven years.

Nishikori broke in the third game on an errant Djokovic backhand but the Serb broke back to 4-4 when Nishikori netted a forehand. In the tie-breaker, Nishikori won the final three points, the last on a service winner.

“I don’t think I started off very well,” Djokovic said. “I was too passive. He was dictating the play. I was still trying to find the tempo. It took me a little bit of time to adjust to his game.”

Djokovic, who made 20 unforced errors in the opening set, broke for a 2-1 lead in the second on a backhand cross-court volley winner. He then saved five break points before holding in the fourth game and two more in the sixth before breaking in the ninth for the set when Nishkori sent a backhand wide.

In the third set, Djokovic fired a backhand winner to break for a 3-1 lead, sent a forehand wide to hand Nishikori a break in the seventh game then broke back on a netted Nishikori forehand and held to take the set.

In the fourth, Nishikori swatted a forehand long to hand Djokovic a break for a 3-2 lead and the world number one didn’t drop another game.

“Big credit to Kei, who played on a very high level,” Djokovic said. “He did surprise me with his level. He was quick. It was tough. Great fight from him.”

LeBron James is not the most respected player in NBA, says Blake

Serena Williams is learning a musical skill from her daughter Olympia