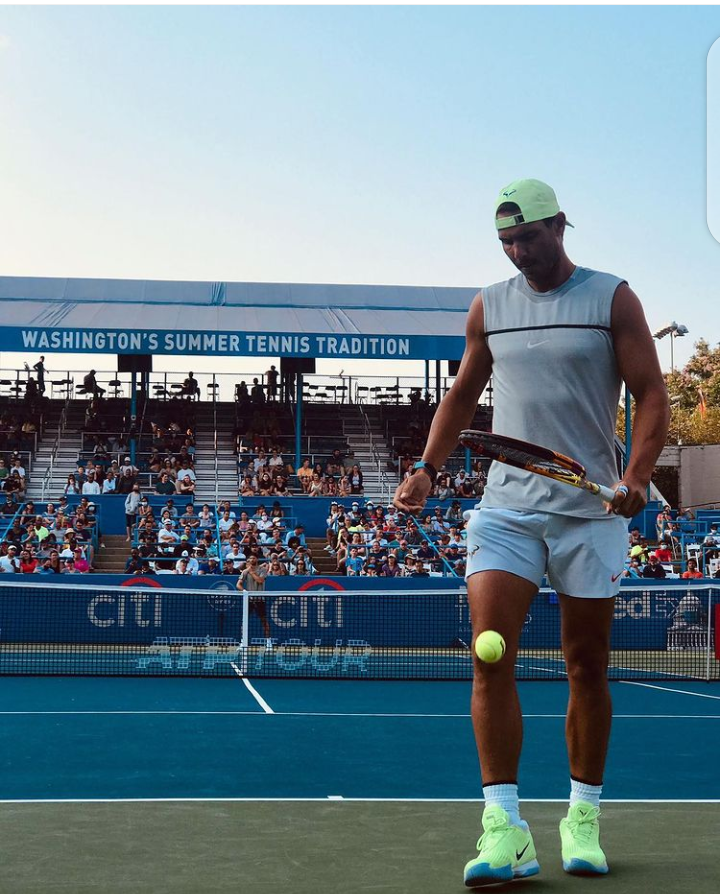 Nadal anounced his decision in a video on social media Friday, saying the injury to his left foot will keep him from the year’s last major tournament.

“I am very sorry to announce that I won’t be able to keep playing tennis during the 2021 season,” Nadal said. “But, as you know, I have been suffering too much with my foot for the last year now and I missed a lot of important events for me.”

Federer, who needs knee surgery, said last weekend he would not play in New York.

Also missing from the field at Flushing Meadows will be reigning champion Dominic Thiem, who said this week he is ending his season after injuring his right wrist in June.

Nadal and Federer share the men’s record of 20 Grand Slam singles titles with Novak Djokovic, who will be trying to not only to move ahead of his rivals but also complete a calendar-year Grand Slam at the U.S. Open.

Djokovic won the Australian Open in February, the French Open in June and Wimbledon in July.

Nadal and Federer also both sat out the U.S. Open last year – Nadal because of the pandemic; Federer because he had two operations on his right knee in 2020.

The last time Nadal entered the tournament, in 2019, he won it for one of his four trophies in New York.

The U.S. Open draw is next week and main draw play starts Aug. 30.

Federer (40), Nadal (35) and Djokovic (34) have ruled men’s tennis for more than 15 years, dominating the sport’s most important tournaments and swapping the No. 1 ranking.

Djokovic beat Nadal in the French Open semifinals and the Spaniard then sat out both Wimbledon and the Olympics because of fatigue.

Speaking in the video, the fourth-ranked Nadal said the foot pain he has been battling most of his career is too much.

“During the last year I was not able to practice and prepare the way I need to be competitive at the standards I want to be,” he said. “The injury is nothing new. It is the same injury I am having since 2005. In that moment the doctors were very negative about my future career. But, honestly, I was able to have a career I was unable to ever dream about, so I am confident I will recover again.”

Nadal insisted he is “going to fight every single day” because he is convinced he still has “a couple of beautiful years” left in his career.

He won two tournaments this year, on clay in Barcelona and Rome.

The battle of rivary between Roger Federer and Rafael Nadal

Not picked as NBA’s best player, LeBron James pokes at himself as SUPERWASHED