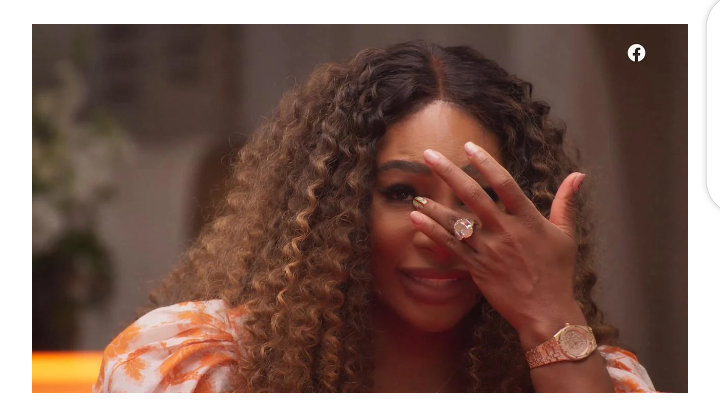 Serena breaks down over sister’s death

The 40-year-old appeared on Will Smith’s Red Table Talk show streamed on Facebook as part of a promotional tour for her new Biopic movie surrounding the story of the famous Williams family.

The film also portrays the most traumatic chapter the family has known — the shooting death of Serena and Venus’ big sister Yetunde Price in 2003 at the age of 31.

She was shot dead while sitting in a car with her fiancee in Los Angeles’ notorious gang-violence area of Compton.

She was shot dead while sitting in a car with her fiancee in Los Angeles’ notorious gang-violence area of Compton.

The family, including mum Oracene and sisters Lyndrea and Isha Price, became emotional during the interview with Smith when speaking about how Yetunde’s story is told in the film.

It was alleged at the time Yetunde was shot in the back of the head when Maxfield opened fire with an assault rifle just after midnight on September 14 as Yetunde sat chatting with her boyfriend in a four-wheel-drive which was parked out the front of an alleged crack house that was being guarded by members of the Southside Compton Crips gang.

Serena breaks down over sister’s death

Serena was unable to put her emotions into words during the interview and was seen wiping away tears.

“Oh, I think I cried the whole time,” she said of the film.

“Whenever she came on film, I just — personally, I just started, like — I mean, even still.”

Oracene admitted it was a chapter the family did not want to remember.

“It was a quiet moment I think,” she said.

“Because we know how it was, and then… it was just something that you kind of try and put in the back of your mind and don’t want to remember.”

Serena, in the Red Table Talk interview has also addressed some of the other tough moments of her career, including the infamous 2001 Indian Wells controversy.

She says she still deals with “mental anxiety” from the tournament 20 years ago, The New York Post reports.

Serena Williams says she is still traumatised by an experience at…….