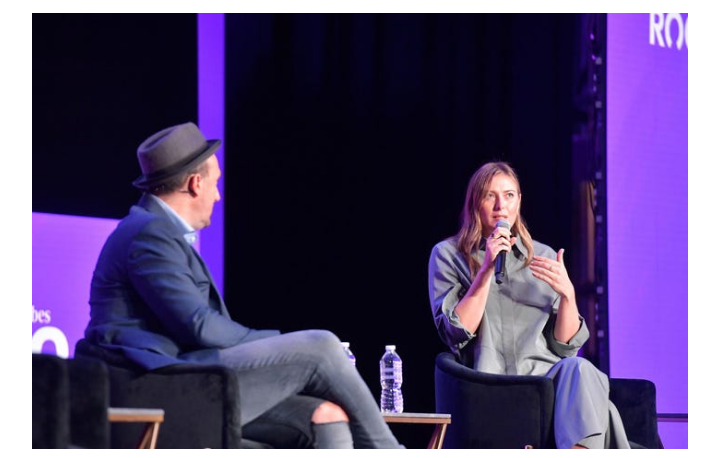 Retirement is a strange concept to Maria Sharapova, even though she’s already done it once, a year ago, when she quit professional tennis after competing for 19 years.

“It’s a terrible word,” she said with a laugh in an interview with Forbes chief content officer Randall Lane on Monday during the Forbes Under 30 Summit in Detroit. “It makes me feel incredibly old.”

At 34, the five-time Grand Slam singles champion has turned retirement from tennis into a second life as an entrepreneur and investor. The Russian-born tennis champ earned $325 million before taxes during her playing career, according to Forbes, using that success to launch her premium candy line, Sugarpova, and invest in companies such as Tonal, Therabody, Supergoop and Rove Furniture. The goal? Rewrite the narrative of her professional life and chart a new—and hopefully lucrative—personal journey.

“I was always considered a tennis player,” she says. “I just didn’t want to be defined by this one thing, and although I knew that I was good at it, I felt like I had a lot more to offer.”

Her instincts were right. Sharapova, who started playing at 4 years old and arrived in the United States when she was 7, exploded to international fame after upsetting Serena Williams at Wimbledon in 2004. She was 17 years old.

That launched an avalanche of new opportunities for Sharapova, and she quickly capitalized, signing deals with Tag Heuer, Canon, Motorola, Colgate-Palmolive and others, in addition to a sizable raise with Nike. She could hardly understand the ins and outs of contract negotiations in meetings with brands, but she took it as a learning opportunity.

As far as the future goes, Sharapova is passionate about pushing the health and wellness space forward. Years as a professional athlete and being a “guinea pig” for emerging athlete-focused products have given her expertise. And she’s excited about just how far technology has come in the last decade.

But for now, when it comes to taking the next step as an entrepreneur, she preaches patience, something she picked up in her nearly three decades on the tennis court.

“It took me more than 15 years to get to a professional stage, so whatever I continue to do in this next chapter, it will just take time,” Sharapova says. “I don’t want to go into a room and be the smartest one in the room because then I’m not learning.”