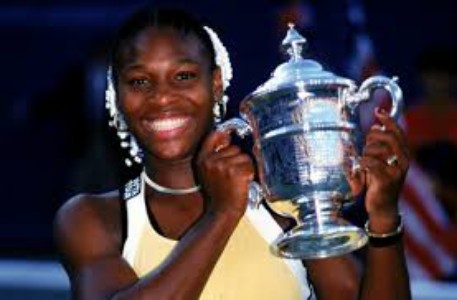 In 1997, around 5:30 p.m., Bertone arrived at Milchan’s office, then located on the lot of Warner Bros. Studios. The meeting had lasted since midday.

“Sitting in the office is Serena Williams,” he recalled. “I don’t think she was even 16 yet.”

Williams, who turns 40 this week, would go on to endorse Puma into her early 20s, wearing custom-designed outfits that made her into a revolutionary of tennis fashion. But her ongoing 18-year partnership with Nike, the brand she’d join in 2003, has overshadowed the oft-forgotten first endorsement deal of her career. It all began, for Williams, with an offer from Puma, negotiated in this meeting.

Next to her in the room sat Richard Williams, who moved his family from Saginaw, Michigan, to Compton, California, in 1983. He taught the game of tennis on the city’s public courts to his daughters, Venus and Serena, who are 15 months apart.

Milchan had met his ultimate match in Richard Williams. The self-proclaimed “James Bond” (who once said that he covertly negotiated arms deals for the Israeli government in the 1960s) took serve against “King Richard,” the hands-on father who leveraged his elder daughter, Venus, an eight-figure endorsement deal with Reebok in 1995. That same year, Williams turned pro at 14, joining her sister on the WTA tour.

“Arnon recognized Serena and Venus’ ability to change the sport of tennis,” Bertone said. “Puma wasn’t in tennis then. But Arnon went from 0 to 100 … like, ‘We’re totally getting back into tennis with Serena.’ ”

Technically, Milchan didn’t have the power to discuss financial terms on Puma’s behalf. And Bertone didn’t have the authority to offer a multiyear contract to an athlete. So they called Puma CEO Jochen Zeitz in Germany. Zeitz woke up in the middle of the night to sign off on the deal.

Back in the corner of the LA office, Richard Williams periodically called his wife Oracene on the room’s landline to provide updates. “I was convinced he wasn’t even talking to her,” Bertone noted. “That he was just buying time, drawing things out to see where we’d end up.”

At one point, as detailed in her 2009 autobiography, On The Line, Williams placed her head down on the conference table and dozed off. Negotiations went past midnight, lasting more than 12 hours. The meeting ultimately ended with a multimillion-dollar commitment from Zeitz and Puma, and a verbal agreement from Richard and Serena Williams.