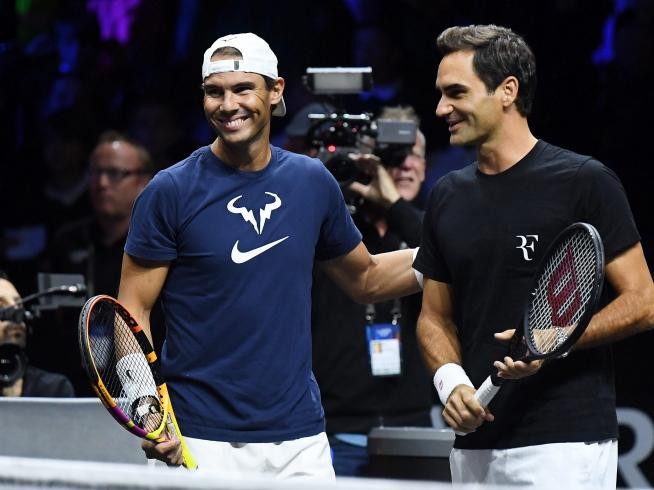 The Laver Cup confirmed Nadal’s withdrawal on Twitter on Saturday, adding that he would be replaced by Briton Cameron Norrie. Due to injury, Federer was also unable to play in the rest of the competition and was replaced by Matteo Berrettini.

Despite winning two grand slams, Nadal’s season has been overshadowed by a foot injury and a more recent abdominal injury that forced him to forfeit his Wimbledon semifinal.

“I’m not good, I’m not good,” Nadal told reporters after the match on Friday, according to ESPN. “The truth is these have been difficult weeks in that sense. Few, very few hours of sleep, a bit of stress in general, slightly more difficult situations than usual at home.

“As a result, well, I’ve had to deal with all that, which is a different pressure to the one you’re used to in your professional life. But, well, luckily everything is good and we are much more calm. And in that sense, I’ve been able to come here, which for me was the most important thing.”

The physical issue has also weighed him down mentally in recent months, in which he even considered withdrawing. ” During Roland Garros I thought that maybe it was my last tournament, this is the reality . Since then everything has gone very wrong in physical matters, I broke my abdominal twice, at Wimbledon and in New York. It has been a series of important misfortunes, added to all these personal things. But I’m not in that moment and I don’t want to think about that moment; when you think about it, there’s something that isn’t working. Today what I want is to recover a little normality, that the personal issue go well, which is the top priority,” he said.

However, the man from Manaco left everything to attend the farewell of the one who has been the great rival of his career. ” It has been exciting, unforgettable, sad too. It is difficult, there are many emotions . It has been a very special day, unforgettable, but for everyone there is a beginning and there is an end. It is life. I am very happy that Roger, who has had difficult moments in recent times, has been able to say goodbye on the track”, he said. “I’m a pretty sensitive person. Crying is good sometimes, you need to let go of these emotions. Somehow, a part of my life is gone,” he confessed regarding his tears on the track.

READ MORE: Xisca Perelló confirms the worst omens about her pregnancy and Rafa Nadal is no longer silent

“I am happy that he has received the affection of so many people and that the world has been able to see him say goodbye on the track; it is something he really deserved. Someone who has been and is an icon is leaving, one of the most important icons in the history of the sport in general ,” he added.